In a freezer bag or food processor crush the graham crackers to a sand-like consistency. Gently press a lollipop stick halfway into.

Set one Tablespoon of sugar aside and add the remaining 4 to the cream cheese. 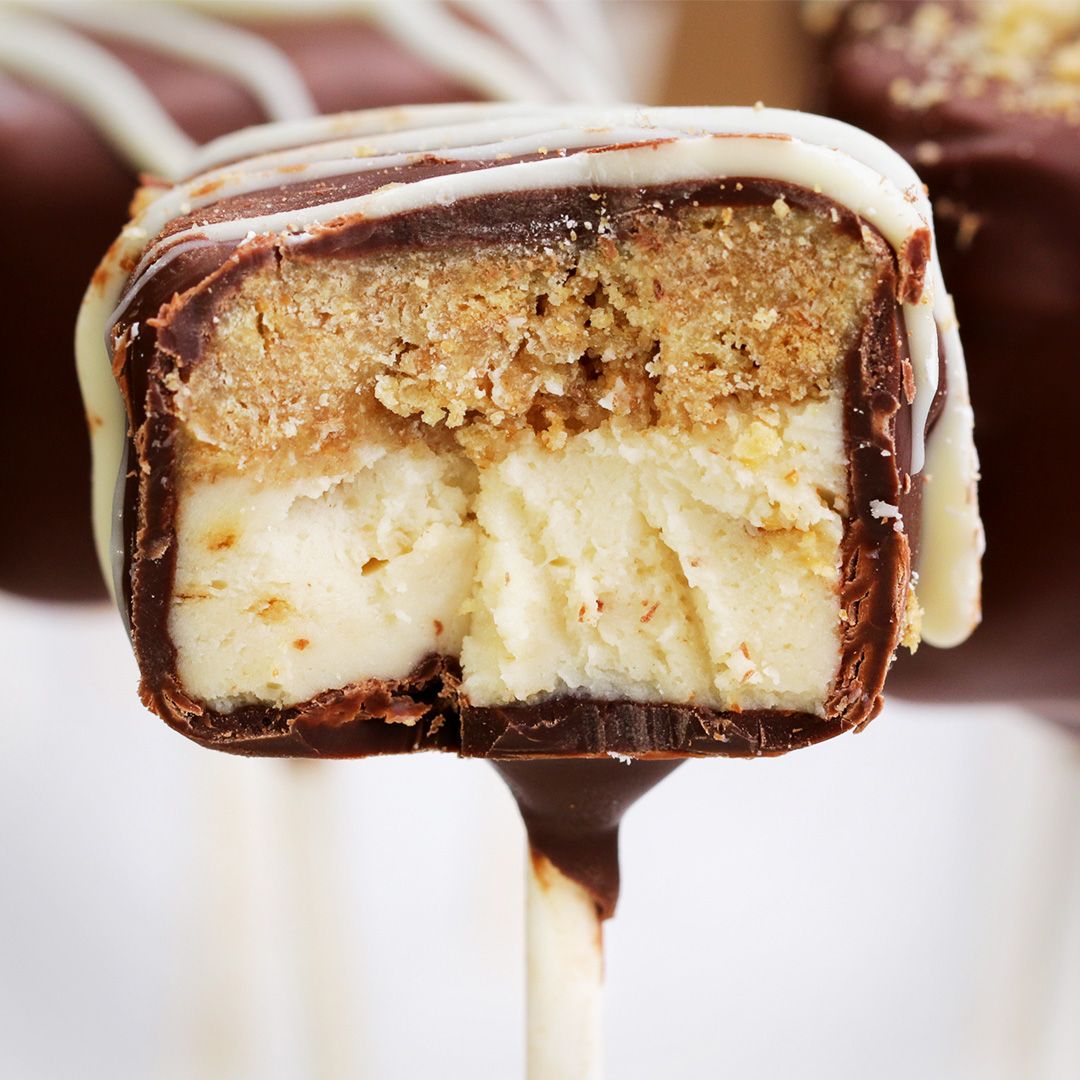 Place cheesecake into freezer until set about 4 hours. Insert a popsicle stick into the middle of each cheesecake cube. Add the powdered sugar and blend until combined.

Transfer to an 8×8-inch 20×20-cm baking dish lined with parchment paper and firmly pack it down to form the crust Freeze. Carefully insert a lollipop stick into each cheesecake ball. Divide half of cream cheese mixture among 6 4-ounce ice-pop molds.

After cheesecake is frozen. I mention in the recipe that you really only need to make half of Bakerellas cake recipe for the mount of cheesecake my recipe. Top with strawberry mixture followed by remaining cream cheese mixture.

Microwave 6 ounces chopped bittersweet chocolate on 75 percent power until melted about 3 minutes. When the cheesecake is chilled scoop the cheesecake into 2 ounce balls and place on a parchment paper-lined baking sheet. Start with a big spoonful and add small amounts from there until you can make a ball that holds together well.

Sprinkle the cheesecake pop with. Stir slightly with a skewer. Place corn syrup juice and berries in a blender.